About Run the Month: Marathon Edition

Run the Month: Marathon Edition is a virtual running challenge for anyone who wants to keep active and help beat prostate cancer.

Simply sign up and run, jog, walk or wheel a total of 26.2 miles over January to take part. That’s less than a mile a day. All you need is a pair of trainers and a JustGiving page to collect donations. And we’ll be there to support you every step of the way.

Every donation you get will help fund research to find better tests to diagnose men sooner. Together, we can beat prostate cancer. 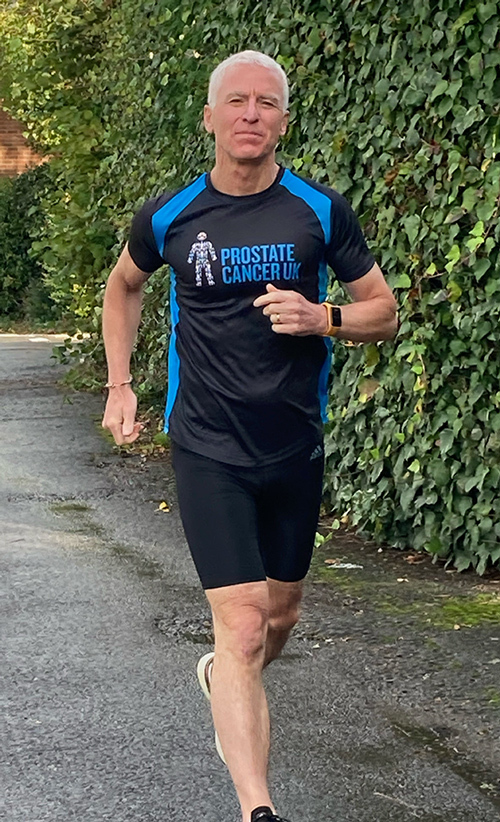 Graham is running over January to get fit and support men like him.

“There was no indication anything was wrong.”

During a routine eye test in October 2020 an optician spotted a potential burst blood vessel and recommended Graham see his doctor for further tests.

The tests included a PSA blood test. In January 2021, Graham’s blood test results showed that his PSA (prostate-specific antigen) level was higher than the NHS would like.

After more tests, including an MRI, Graham received a biopsy. The results arrived 12 days before his 61st birthday: 12 of the 21 samples contained cancer.

Graham decided to have his prostate removed. “I have been extremely fortunate; the side effects of surgery have largely gone unnoticed. Three months post-surgery my PSA level was unrecordable.”

An early diagnosis like Graham’s could save your life. However, it was only by chance that his GP recommended the blood test that checked his PSA level. Without a nationwide screening programme that checks men regularly and accurately for prostate cancer, thousands of men could still be diagnosed too late.

The money you’re raising by taking part will help fund the research we need to find the accurate tests that could be used in a screening programme. To save the lives of the men we love.

Join Mr Motivator, Elliott Wright (and more) to run 26.2 miles over January. They’ll each be tackling the miles in their own way, to raise vital funds to help beat prostate cancer. Sign up to take part and hear more about their progress. 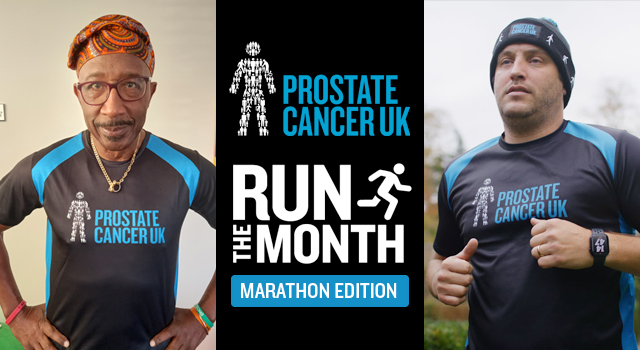 We’re ready to support you at every mile.

Expect running plans. A guide for how to use Strava to keep track of your progress. Nutritional advice. Tips to get started. Resources to help you raise those life saving donations. And some famous faces to keep you motivated along the way…

Get in touch with us at any point to chat about fundraising ideas or for advice on how to split up your miles. Let us know how we can support you to get the most out of your challenge.